Hello, my name is Luke and I'd like you to vote for Dave Ortega for Mayor.  Dave will make sure Scottsdale remains a city where families can thrive. I say this from experience because I am his son.

My Dad walked me to Pueblo Elementary School and coached my Little League team at Chaparral Park.

My Dad was there on opening night for my play at Mohave Middle School and drove me every day for six summers to volunteer at the Paiute Neighborhood Center.  He kept every essay I wrote at Saguaro High School, just in case.

That first time he visited me in Brazil he met the woman who would become my wife, and he told me already knew she would be the one.

My father held his first grandson, Sam, at the steps of the Lincoln Memorial, and moved to Washington DC for a year just to be there when his second, Ben, was born.

Whenever he can, my Dad takes his grandsons to play at McCormick Railroad Park, for story time at the Civic Center Library and for walks in the neighborhood.

Dave Ortega will foster Scottsdale's neighborhoods, responsibly secure our communities and put citizens back in charge.

All of this serves a greater purpose: ensuring that Scottsdale remains a place where families thrive.  Please vote for my father, Dave Ortega for Mayor. 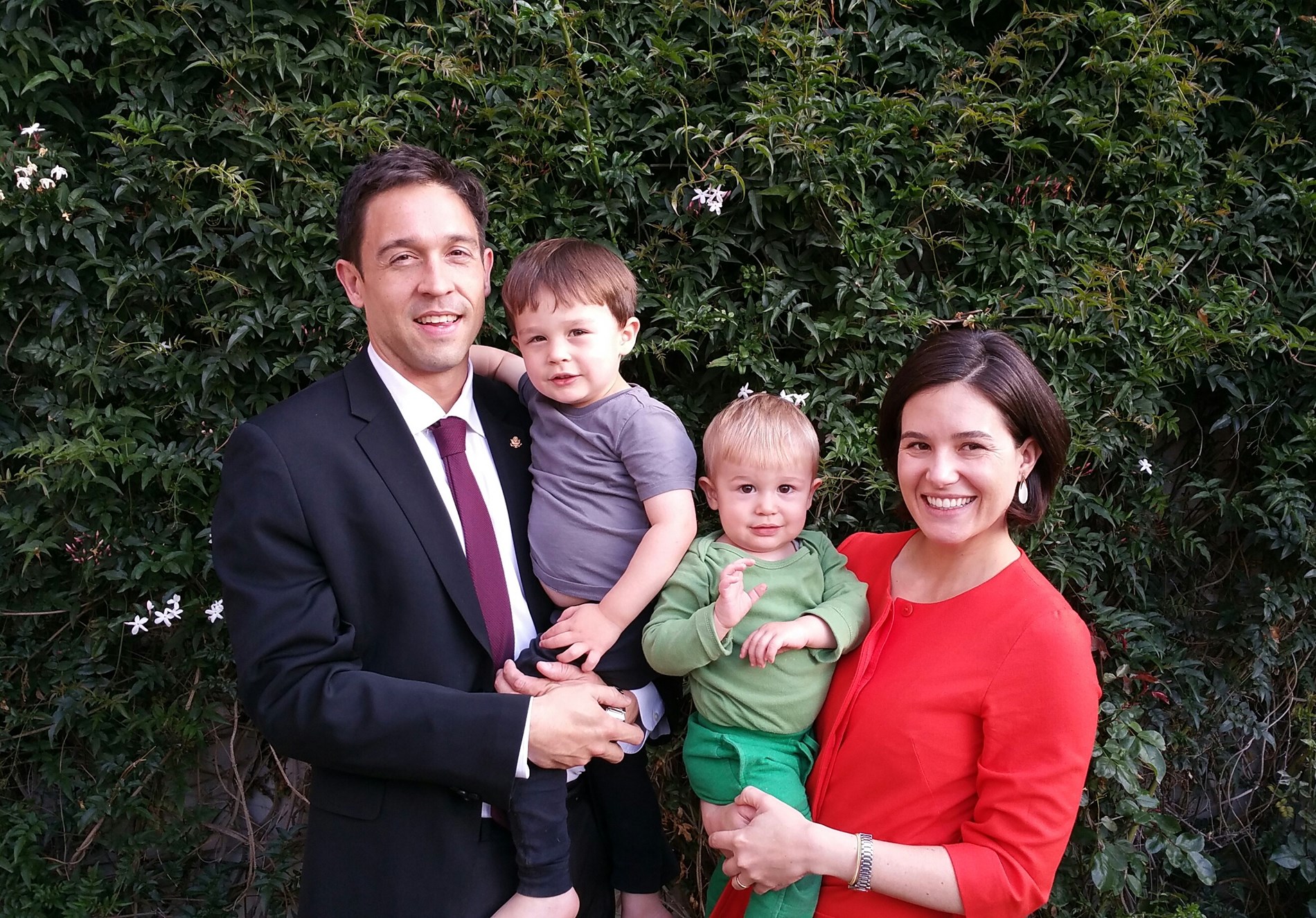 — Luke Ortega with sons Sam and Ben and wife Lais.

"David Ortega is truly the quality growth candidate for mayor.  He will help stop Scottsdale from becoming Mesa or Tempe.   We just cannot allow that to happen."

"I have known Dave Ortega for more than 20 years. I served on the Environmental Quality Advisory Board during his term on Scottsdale City Council.  Dave is a man of the utmost integrity who truly loves our City.  He will guide Scottsdale with a true concern for all our citizens and our unique environment. "

"David Ortega exhibits the commitment to all facets of the community, the experience working with public entities and private groups to successfully accomplish objectives benefiting the different population bases and the acumen for the development of effective strategies for problem solving. “

Arizona Green Chamber of Commerce is proud to announce its endorsement of David Ortega for Mayor of Scottsdale in the 2020 General Election.

On the important issue of renewable energy, Mr. Ortega’s position is clear: “…As renewable energy becomes ever more competitive in price with fossil energy, the City will and shall be a leader in the Valley in adopting and using it.

That is demonstrated leadership. As a professional architect, in Scottsdale for 41 years, David has helped to design our community.

David can also help revitalize downtown, while retaining its history and character.

— Larry Manross is a longtime resident of Scottsdale, and husband of former mayor Mary Manross.